Singapore-based Grab—one of Southeast Asia’s largest services-on-demand apps—is partnering with Microsoft to run several tech training programs in Singapore to reskill its ride-hailing drivers so they can find new jobs in the digital economy.

The initiative also aims to “boost digital literacy” for up to 5,000 of Grab’s drivers and train 250 “students” in A.I. skills for job positions that Grab expects to make available. Tan says the purpose of the initiative is to spread the benefits of the growing digital economy to more people as Singapore “upskills.”

Singapore has been on a “digitalization” drive for six years, ever since Prime Minister Lee Hsien Loong launched a “smart nation” initiative. The government-led scheme is similar to Germany’s ‘Industry 4.0’ campaign in that it seeks to upgrade the city’s manufacturing industry.

But Singapore wants to weave technology into every corner of its economy and, to that end, Grab has been pivotal. The multipurpose app, which started as an Uber-like ride-hailing platform, now provides payment, sales and financing options to millions across Southeast Asia, where roughly 75% of people are unbanked.

Tan says that Grab has brought “income opportunities” to over 9 million owners of micro businesses—companies with fewer than five employees— by providing either financing or a platform on which to facilitate transactions.

The coronavirus pandemic has laid bare the city state’s wealth inequality. Initially, observers hailed Singapore’s containment of COVID-19 as exemplary with case numbers kept in the hundreds. But in April, news reports revealed that the government’s coronavirus response largely had ignored the thousands of migrant workers that drive Singapore’s manufacturing industry.

COVID-19 spread unchecked among the migrant community, which lives in cramped dormitories. The outbreaks ignited a citywide epidemic that prompted the government to enforce even stricter lockdown provisions. As of Tuesday, Singapore’s accumulated case nu

The CEO of a company that now combines a massive pharmacy chain with in-store retail options and a health insurance juggernaut to boot, Merlo pinpointed a critical moment of transformation during a conversation with Fortune editor-in-chief Clifton Leaf at the virtual Fortune Global Forum conference on Monday.

No, it wasn’t the mammoth $69 billion merger with insurer Aetna. The pivot began six years ago, and long before that mega-deal, when CVS made the decision to discontinue sales of cigarettes and tobacco products.

“It’s a great story in the evolution of our company. We looked at our strategy at that time in terms of becoming more of a health services company,” said Merlo. “We had our CVS pharmacies, we had CVS Caremark as a leading pharmacy benefit management company, we were opening our retail clinics branded as MinuteClinic.”

With that cascade of changes, meant to provide broader medical services than simply a place to refill your prescriptions, came a moment of reckoning wrought by discussions with potential health care partners.

“I could remember many of those discussions would be around halfway or two-thirds of the way through the discussion,” Merlo recalled, “and someone would say, ‘But don’t you guys sell tobacco at your CVS pharmacies?’ And that’s where you want to to crawl under the table, because there was really not a good response to that other than the economics associated with selling tobacco, which was a direct contradiction of our strategy.”

That commendable public health decision cost CVS some $2 billion in revenues. But it paved the way for the company to walk the talk and brought it closer to its long-term goal of becoming a front porch for community health services, including wide-scale coronavirus testing and, eventually, distribution of COVID-19 vaccines once one or more reach the market.

Merlo said that more than 5 million people have come to CVS Health facilities for COVID diagnostics. And the company is going to be a major link in the supply chain when a vaccine comes through.

“We were selected by the government to become an important part of the solution in making sure that the vaccine, once it’s available, is administered to long-term care facilities, nursing homes, [and] assisted living facilities, where we have our country’s most vulnerable patients,” he said. 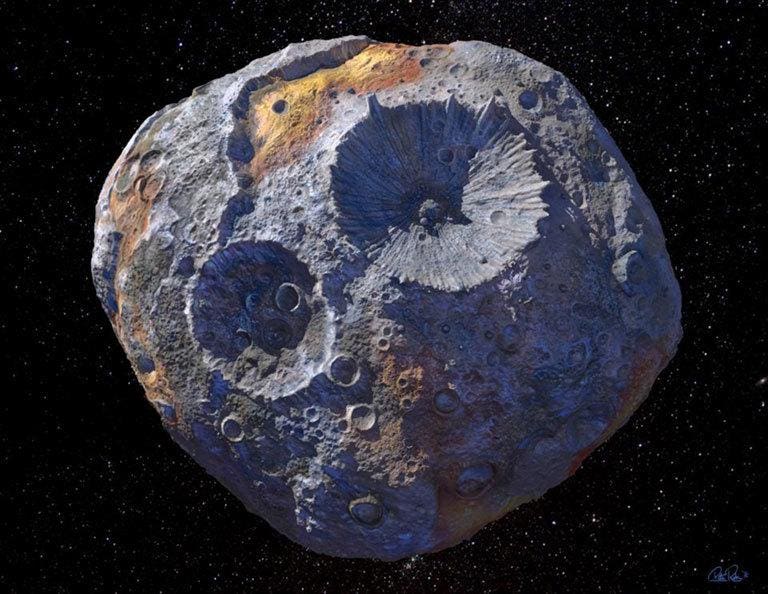 The 140 miles-wide object is made entirely or iron and nickel. Is it a failed planet?

President Donald Trump has his eye on hosting an election night party at his own hotel in the nation’s capital.

Over the past several days, the campaign has pushed out fundraising emails in the president’s name offering donors the chance to enter a drawing “to join Team Trump at the Election Night Party in my favorite hotel,” in Washington, suggesting he will use his luxury hotel as the backdrop for reacting to election results. The campaign has also spotlighted plans for the party in fundraising blasts from the president’s son Donald Trump. Jr.

“November 3rd will go down in history as the night we won FOUR MORE YEARS. It will be absolutely EPIC, and the only thing that could make it better is having YOU there,” Trump said in a fundraising solicitation.

For Trump, an election night party at his own hotel is symbolic for a businessman who leveraged his celebrity as a reality star and New York real estate magnate to win the nation’s highest office.

Critics see it as one more reminder of how the president has used his office to personally profit as foreign leaders, conservative supporters and administration officials use the lobby of Washington’s Trump International Hotel as an unofficial clubhouse for the Trump presidency.

Since 2017, the president and Republican National Committee have held several fundraisers at the president’s Washington hotel in the historic Old Post Office building, which the president’s company leases from the federal government.

Over the course of his presidency, the Trump campaign, the RNC and their joint-fundraising committees have spent over $7.4 million at Trump-branded properties.

The Washington hotel, which is blocks from the White House, has been sold out for weeks for Election Day as well as the days before and after Nov. 3. A basic room then is going for $1,200 a night, nearly triple the $476 room rate on Monday.

“Donald Trump has spent his entire presidency funneling taxpayer, campaign, special interest and foreign government money into the business that he still owns,” said Donald Sherman, deputy director of the nonprofit government watchdog group Citizens for Responsibility and Ethics in Washington. “In some ways, election night is going to be the pinnacle of his self dealing.”

The White House referred questions on the president’s election night plans to the Trump campaign, which did not respond to requests for comment.