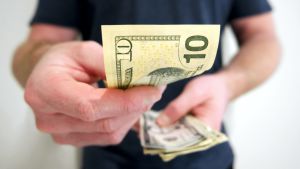 Cheap stocks are effectively Wall Street's casino. It's OK to play them for fun once in a while – just don't make a habit of it.

Stocks come in all shapes, sizes and prices. Right now, some of the largest companies on earth include Amazon.com (AMZN) and Google parent Alphabet (GOOGL), both of which trade at four-figure prices. While nominal prices broadly don't mean much – a company with a $50 stock might be every bit as solid as a company with a $250 stock – these firms' outsize stock prices (and more importantly, their roughly trillion-dollar market values) reflect a long track record of success, not to mention extremely stable financial positions.

On the other end of the spectrum are small caps and even micro-caps: typically cheap stocks that trade for such low prices for a reason.

Investors often gravitate toward cheap stocks in part because of the psychological appeal of being able to buy many shares for a small dollar cost. Also, these stocks are often subject to bigger price swings, making it seemingly easier to reap big gains in a short time.

But institutional investors often do the opposite. Sometimes they bow out once a stock dips below $10, and more will exit once share prices dive below $5. That's because while nominal prices typically don't matter, when they're low enough, they reflect higher risk. Some stocks trading in single digits are in long-term decline. Very low stock prices often reflect smaller market values, and lower-value companies are more susceptible to "pump and dump" schemes. Also, the major exchanges have a $1-per-share minimum trading threshold – stocks that trade under this for long enough risk being delisted.

Here, we've identified five cheap stocks to buy for their promising potential. In each case, they've caught the eye of at least one or two analysts; like institutional investors, Wall Street's analyst community often turns away from sub-$10 stocks. Just remember: These are extremely risky positions that can move in a hurry. If you invest in these at all, do so in small amounts that you can afford to lose. Also, use limit orders and stop-losses when speculating in cheap stocks, a